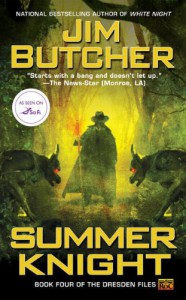 The first time I read this book I loved it but in my rush to devour the words I missed parts of the storyline and when all was read and done and my usual reflection was made I realised I hadn't quite got the why of it all. The thing is, so much happens in Summer Knight the multistories tying up all magically with Dresden typical style. So this time I took my time, and it was just as awesome and epic as the first time but with the added bonus of lightbulbs going off in my head. Dude can write!
Tweet 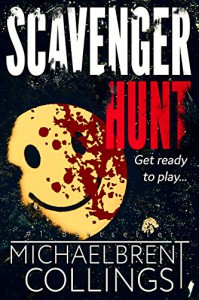 That was not what I was expecting. How bloody good!

The blurb drew me in it reading like a spin-off of the movie Saw. Five strangers wake in a white room after being kidnapped and need to survive a twisted AF game made by the insane smiley face mask wearing Mr Do Good.

I hadn’t read anything by Collings before and initially I wasn’t sure I was going to like it. The first few pages were strange and disjointed and not like the movie at all but after pushing through I found a very cleverly written twisty gory book. I'm now definitely a fan of his. 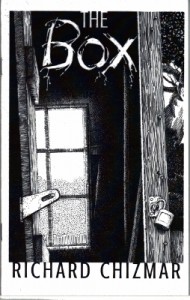 You know its good when you get that creepy ass shiver up your spine when reading the last sentence.

You can read this fast 10 minute read here free on the author's website.

Reread of my favourite nerdy wizard. 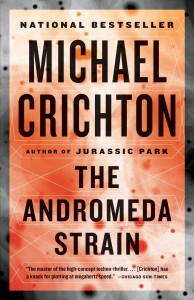 I’m surprised that it’s taken this long for me to read a pandemic book given we are deep as hell, right smack in the midst of a real life one. I love virus books, I love viruses that turn peeps into zombies, I love viruses that wipe out the world with an epic good vs evil battle aka the legendary, The Stand. I love movies with viruses that make great apes into intelligent talking creatures who also take over the world. So yeah it took me a while but maybe I needed to feel a little secure that even though our current situation is still scary as hell the world isn’t actually ending and that my most favourite genre isn’t coming to life.

This is really scientificcy, and although written back in 1969, was still really interesting and (I think) relevant to today. I would love for someone to write another virus book similar to this one but in the year 2020, with today's advances in science but in layman terms so I could understand it. It really is quite fascinating.

So yeah I liked this, but I had a few issues. OK what happened at the end, I don’t get it, did we win/lose, was it going to mutate again, the story isn't finished!? That poor that wee bubba I wanted to just give him a hug because how long has it been since he had human touch! Also not happy with all those poor animals being used for testing. Animals and babies got me right in the heart strings! Actually god knows what goes on in secret underground facilities now, maybe I don’t want to read a scientificcy virus book from 2020, human cloning testing and who knows what other atrocities, I prefer to have my gore/violence/paranormal/horror told as fiction not real life (its called keeping my head in the sand).

Anyway this is a really rambling review due to my own isolation and my descent into crazy like the Andromeda infected but without the nasty after bits.

Edit - Just found out there is a second book written in 2019! Answers to my questions yuss! 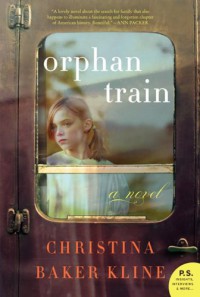 Damn life in the early 1900s was hard and the things that were allowed back then I can't even! Trains transporting hundreds of thousands of vulnerable orphaned children to be sold off like cattle. Appalling and fascinating and I devoured this book in a couple of days thereby breaking a bit of a slump I was having. 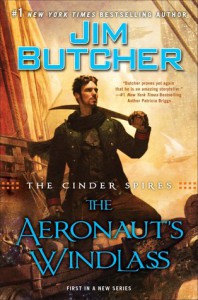 I liked this but had the same issues that a lot of other readers had, slow pacing in parts and the ship battle I got a bit lost and couldnt visualise what was happening. I love the villian and the heroes and the anti hero and looking forward to reading more about the characters past and future whenever that may be, didnt realise when I started this book that it was written five years ago and no sequel yet.

Also what the heck is a windlass and why don't I remember reading about it in the book. 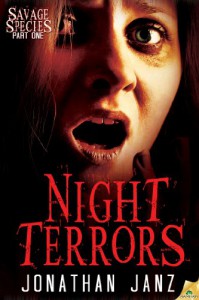 What a mess! This is my first Janz book and I wasn't impressed. It started out bloody great, first chapter was gross and gory and it was awesome! It read like a 80/90s B grade sexist horror movie which is not the issue at all as I'm quite fond of reading about dumb characters, doing dumb things and dying dumb deaths if it is done well. But I didnt like a single one of the dumb stereotypical characters even in a I hate to love you way.

I can pinpoint the part that I lost complete interest, it was when something really really bad had happened to one of the "I thought might be okay" characters, something that had it happened to myself, I would be inconsolable and fighting everyone and everything that stood in my way to fix the bad thing. But this dumb weepy sad character thought to themselves, hey why not flirt with this hot person over here. Because that is what every person would do in that situation!

Anyway so that was the end for me, I did read the rest but my heart wasn't in it and I found myself disliking all the dumb shit characters even more after that. 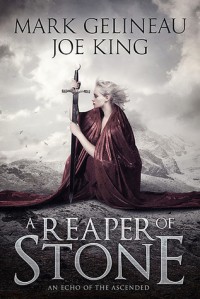 There is a part in the middle that took place in the towers of the keep that I was either on the verge of sleep and didnt take in all the info or it wasnt explained as well as it is should've been. I'm confused about how that scene played out. I could reread it which would be obvious choice as it probably wouldnt take very long but my seriously my mood right now is super lackadaisical, so just gonna go with a middle of the range 3.

I'm done, I'll watch the movie to find out what happens.

Rend the Dark by Mark Gelineau and Joe King 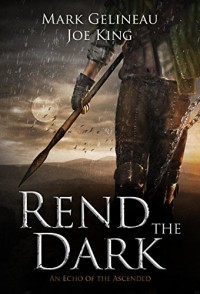 The thing with fantasy is that there is usually a well drawn line between Good vs Evil/Heroes vs Monsters which sometimes gets a little tiresome and flat as the Evil is sooooo evil and the good is soooo good. I only find that this works when the good is not wholesome, I want rough around the edges, mystery and tough female and male characters with an interesting back story which this little gem has. Although this is the first book in the series for Rend the Dark I've since found out its the second book in a wider series of smaller series.

If you like your fantasy on the darker side add it to your TBR pile. 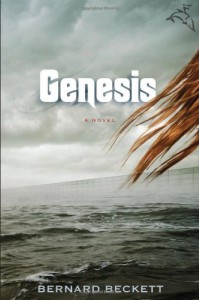 This is so different from anything I have ever read. I picked this up as I thought it would be a quick read and the author is a kiwi like me. I went into it fairly blind, which is after reading this thought provoking and incredible book, is the best way to do it. This is not a quick read, I found myself rereading chapters after reading them, actively reading each word carefully so I would not miss anything.

I am unable to write a coherant philosphical review of this book but I can just write how I felt when I finished it. Wow ... just wow! 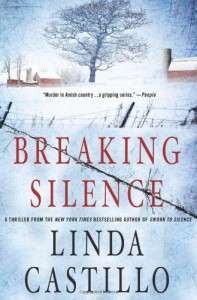 Ive said it before and will say it again, there is a hella lot of crazies in this town of 5,500. Just as well the citizens of unlucky Painter's Mill have a a kick ass, smart and slightly emotionally damaged Chief to fight crime together with her equally damaged and brooding sidekick Tomasetti. 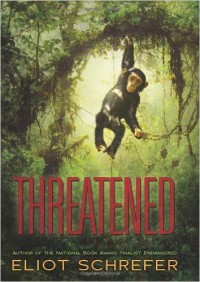 "The same selfishness that makes so many of us hurt the ones we love makes our species hurt creatures that it admires. To hunt and destroy chimpanzees, like they would never do to us. Our treatment of animals is a great failure of our empathy"

A fascinating tale about a young orphan boy living in Gabon who is indebted to a cruel man who treats him like a slave. In a twist of luck he meets a man who changes his life and introduces him to the chimpanzees who become his family.

This was slow in the beginning but soon picked up and I loved reading about survival in the Gabon jungle and about chimp behaviour. I've been lucky enough to see up close and in the wild both Gorillas (in the Rwanda) and Chimps (in Uganda). Beautiful and eye opening experiences I will never forget. It is absolutely essential that these incredible primates be protected and allowed to live freely in their natural habitat. This book is so important, appealing to younger readers and teaching about the devastation of deforestation and poaching and learning about these endangered animals. It ended too soon I want to know more! 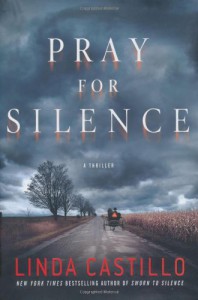 I just googled how many people in Holmes County, Ohio, home to the fictional setting of the town Painter's Mill. Around 43,000 souls - just an itty bitty bit of a county.

Tell me ... how in the hell does a relatively small population get so many psychos! I only imagine with more books in the series, there are many more messed up and crazy killers to come. *slow blink* How? Why? Is the town some kind of cult breeding ground for depraved minds or is it built on an ancient cursed burial site. Kate Burkholder you need to get yourself some sage and salt and do a cleansing ritual asap. 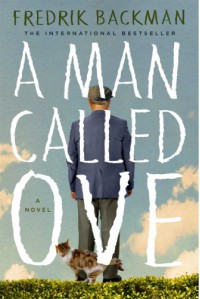 Well that was bloody delightful!!

Everyone knows someone a bit like Ove that instantly dislikable grumpy fuck who somehow edges into your life and you come to realise is just a big ol' softy inside.

This book was a bit like Ove, I read a few chapters here and there. Ove irritated and frustrated me. The writing was spectacular and it was funny, actually laugh out loud funny, but I dont usually read a lot of contemporary as I am more a fantasy and horror nerd fan. But I kept at it and slowly but surely I started to get warm fuzzies, ... and then I cried ... and then I reflected and then I realised I goddamn love this little gem of a book and that big cuddly bear of a man Ove.

This will be going on a re-read someday shelf.